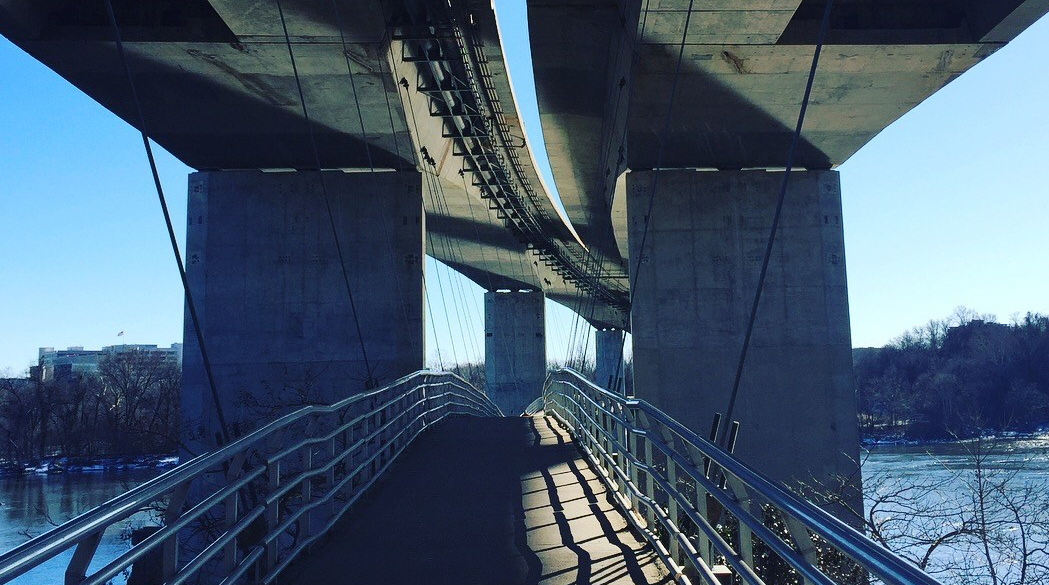 There’s something so lovely about witnessing the power of mother nature taking back her space with her vines, rust and ability to move just about anything she wants back into place.

I’m currently writing this post in a good old fashioned Minnesota blizzard.  As much as I like being out in it, I’m going to wait until the wind dies down and hopefully get to play in a foot of fresh snow.  It is a contrast from the 60 degree temps and rushing water I saw a few days ago in Richmond, Virginia. 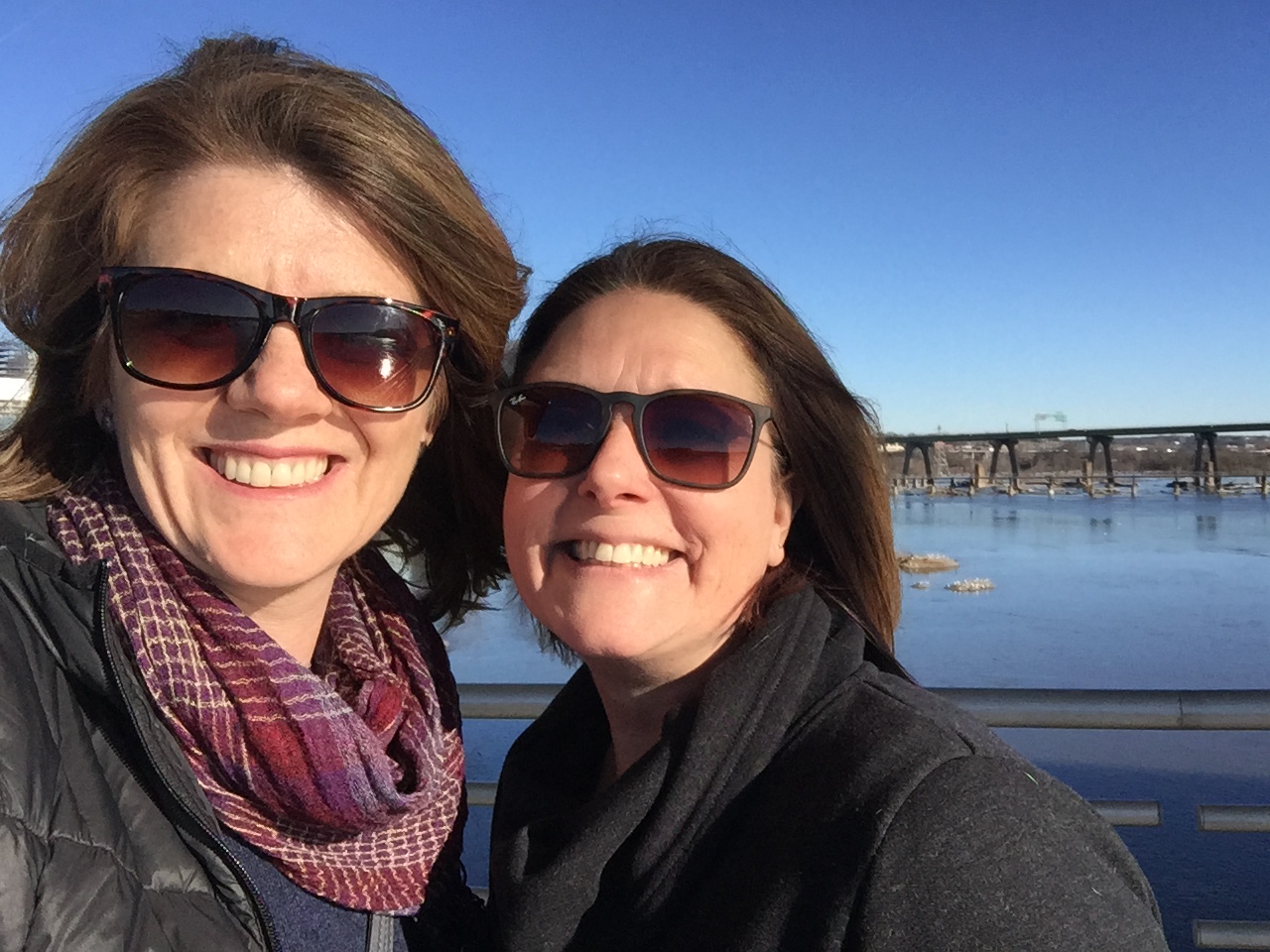 Extending a last minute work trip for a couple of days to visit with family, I must admit that I didn’t do much research ahead of time.   The East Coast/South is a new area for me but my cousin is a wonderful host and caught me up to speed quick!   The trip was short and all about re-connecting, and I had to promise to come back for another visit to fully absorb the history of the area.   Back at home, I learned a few things from Wikipedia .

After a day of work, I was eager to go on even a short hike that was both out of state and above sub zero temperatures.  The first few hikes of the year have been a little brutal ranging from -7 to -29 with windchill!  So, 54 degrees felt like 70 to this Minnesota girl.

In the center of downtown Richmond, Belle Isle has had many occupants in it’s history including a colonial village, nail factory, fishery, Civil War POW camp, power plant and still holds a few curious sights that sparked our imaginations.

Belle Isle is a small (54-acre (0.22 km2)) island in the city of Richmond, Virginia. Belle Island lies within the James River, and being owned by the city it serves as a city park. It is accessible to pedestrian and bicycle traffic via a suspension footbridge that runs under the Robert E. Lee Bridge from the northern shore of the James. Except when the water level of the James is high, it is also reachable by foot from the southern shore via easy boulder-hopping. From Belle Isle, one can see Hollywood Cemetery, the old Tredegar Iron Works, and Richmond City’s skyline. Belle Isle has many bike trails around the island, and has a small cliff used for rock climbing instruction.

Crossing the suspension bridge offered wide views of the river that led to the shoreline on the other side.  Kayakers enjoy the rapids here in warmer weather. 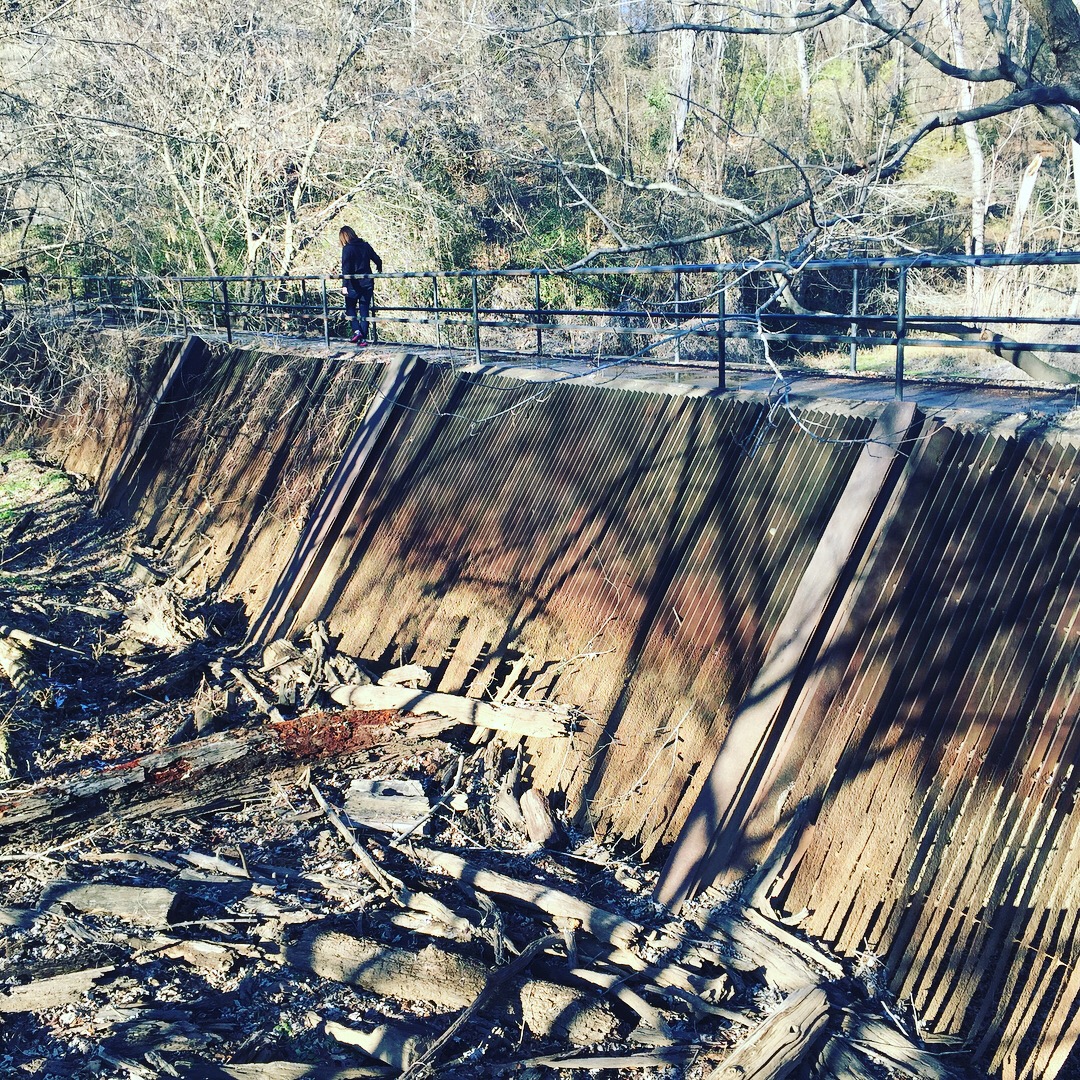 The sun was shining but we still found some snow covered trails on the shady parts of the island.    The power plant building was boarded up and looked like a place you didn’t want to really get too close to.  There weren’t any people around and I kept saying it looked like a perfect set for a horror movie.   I just read tonight that it actually was! 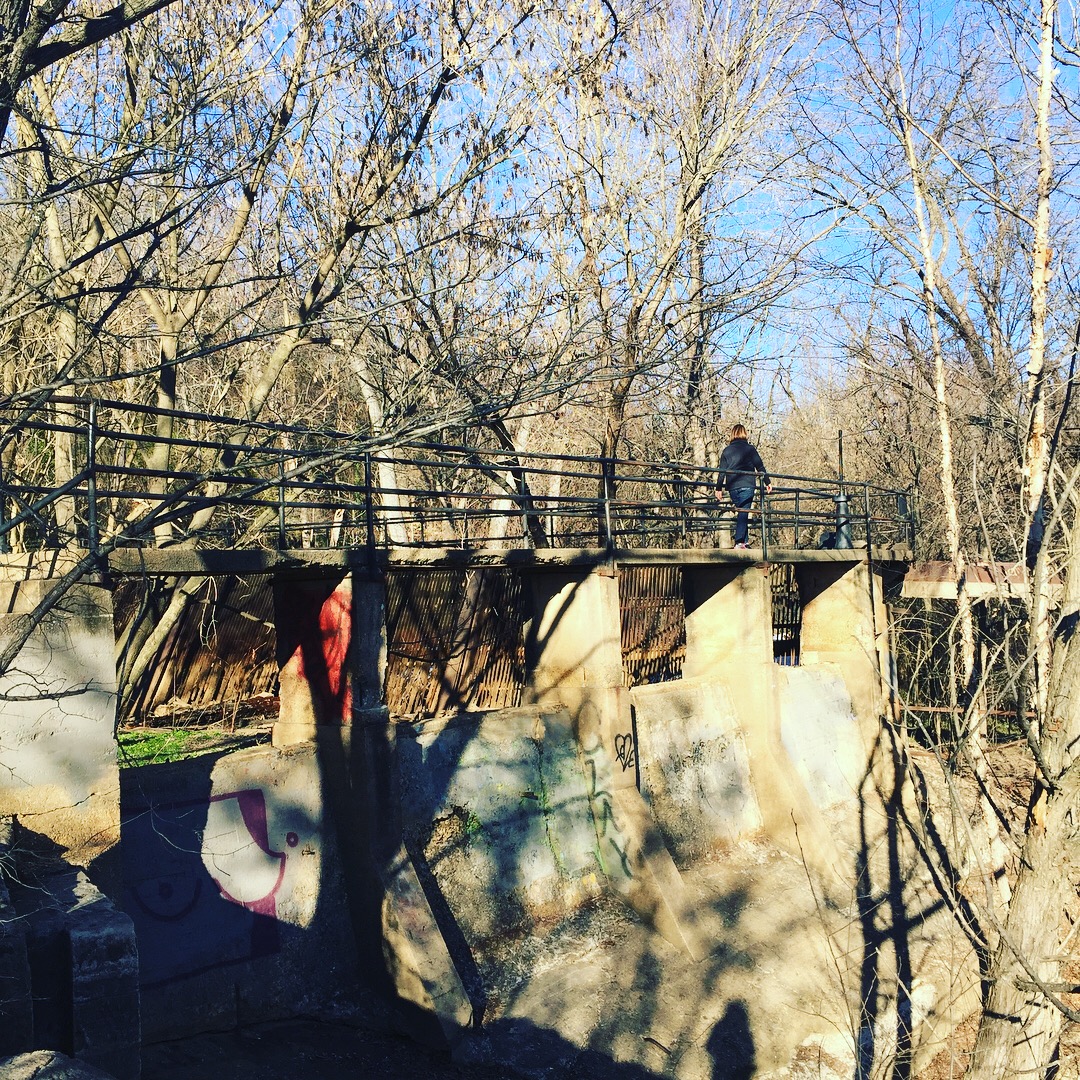 In the 2001 movie Hannibal, the powerplant can be seen as Agent Starling runs across the bridge on the South side of the island.  [eeeek!] 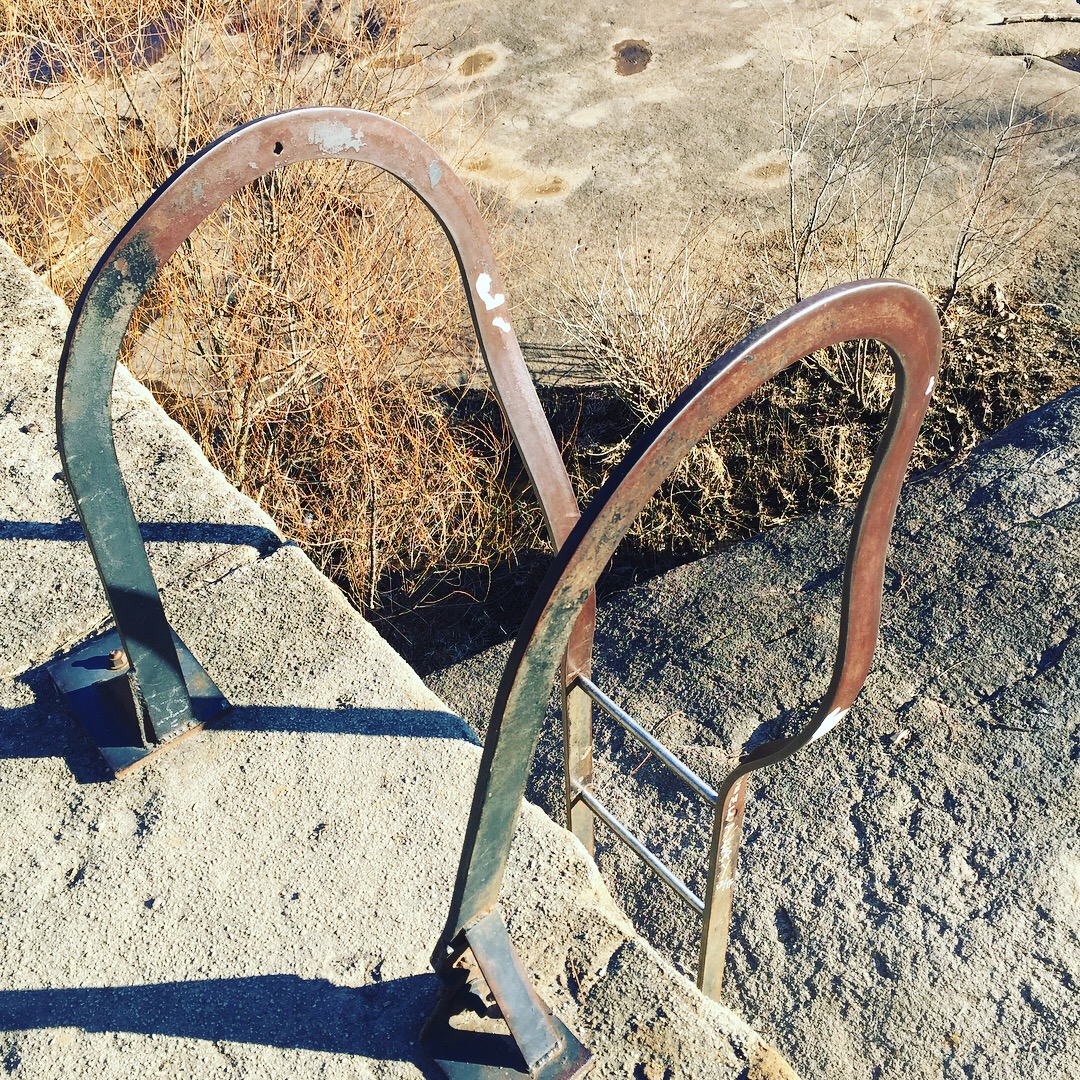 A bit further down the trail, we came across the wide smooth boulders in the river that you can jump across or picnic on.  This was home to a bent up iron ladder.  We couldn’t figure out what happened and whether people or mother nature mangled it.   We didn’t stick around to find out. 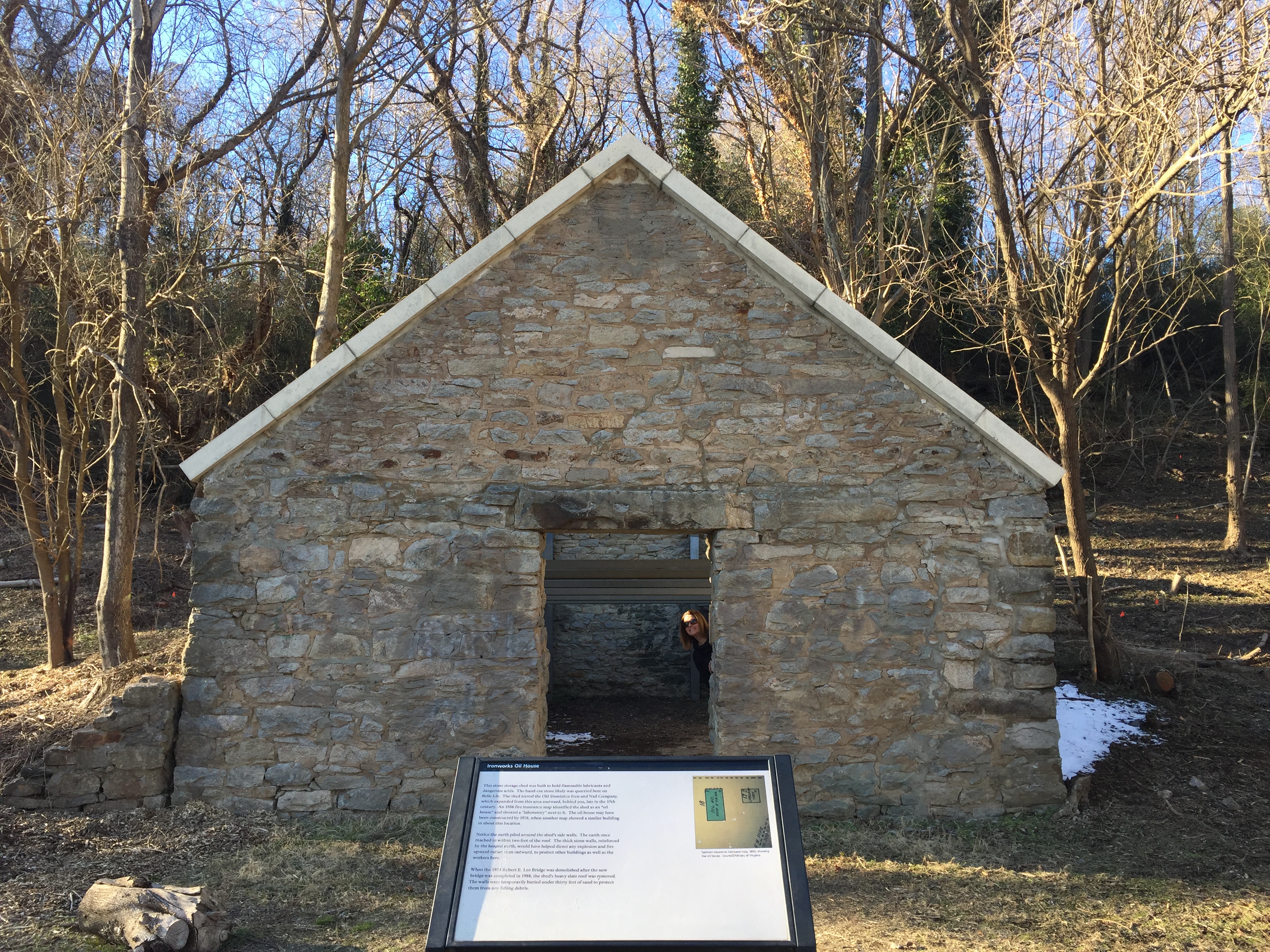 My favorite little abandoned place was the ye olde oil shed.   I added the ye olde, but it really was an oil shed.   It originally had a laboratory next to it (for what we do not know).   We popped in and looked around it’s open roof and door and partially buried walls.   The roof probably decayed over time, but I wanted to believe that shot up into the sky like some crazy cartoon explosion. 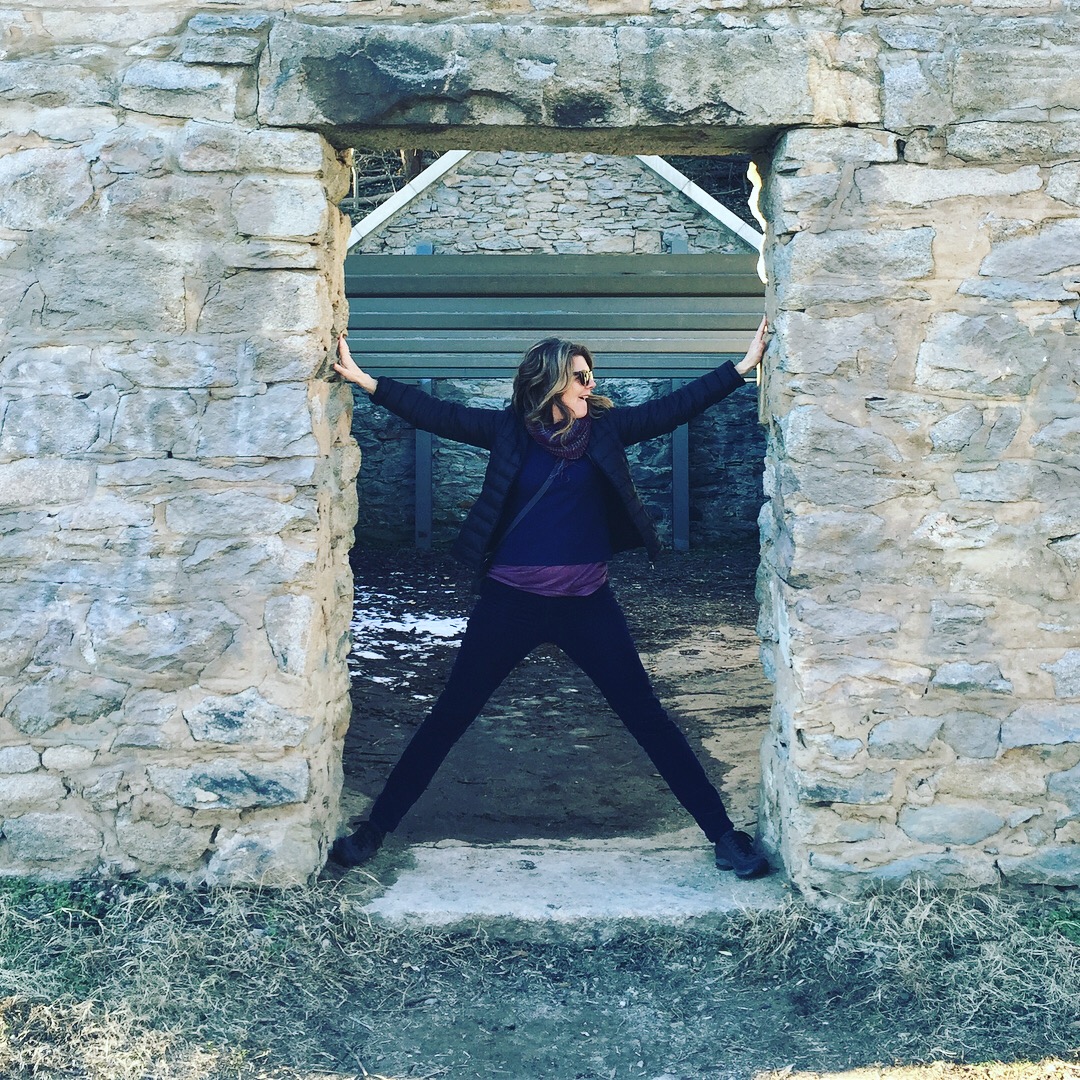 This short urban hike held many other curious remnants and is a nice nature fix in a growing city full of craft breweries, music and American history.
But the best part of the trip was connecting with family.  We had so much fun, we forgot to take a good picture of us all together…of course!   I’ll just have to go back!

Have you been to Richmond VA?   Share your suggestions of things to see and do below.