After our morning trek to Judge CR Magney State Park, we headed south to Cascade River State Park.  This park is just south of Grand Marais and has a great view of Lake Superior the whole way.  This was my favorite of the two parks we visited today.  How lucky are we to have tromped through THREE Hiking Club Trails this week!   Sakatah’s review will come next… 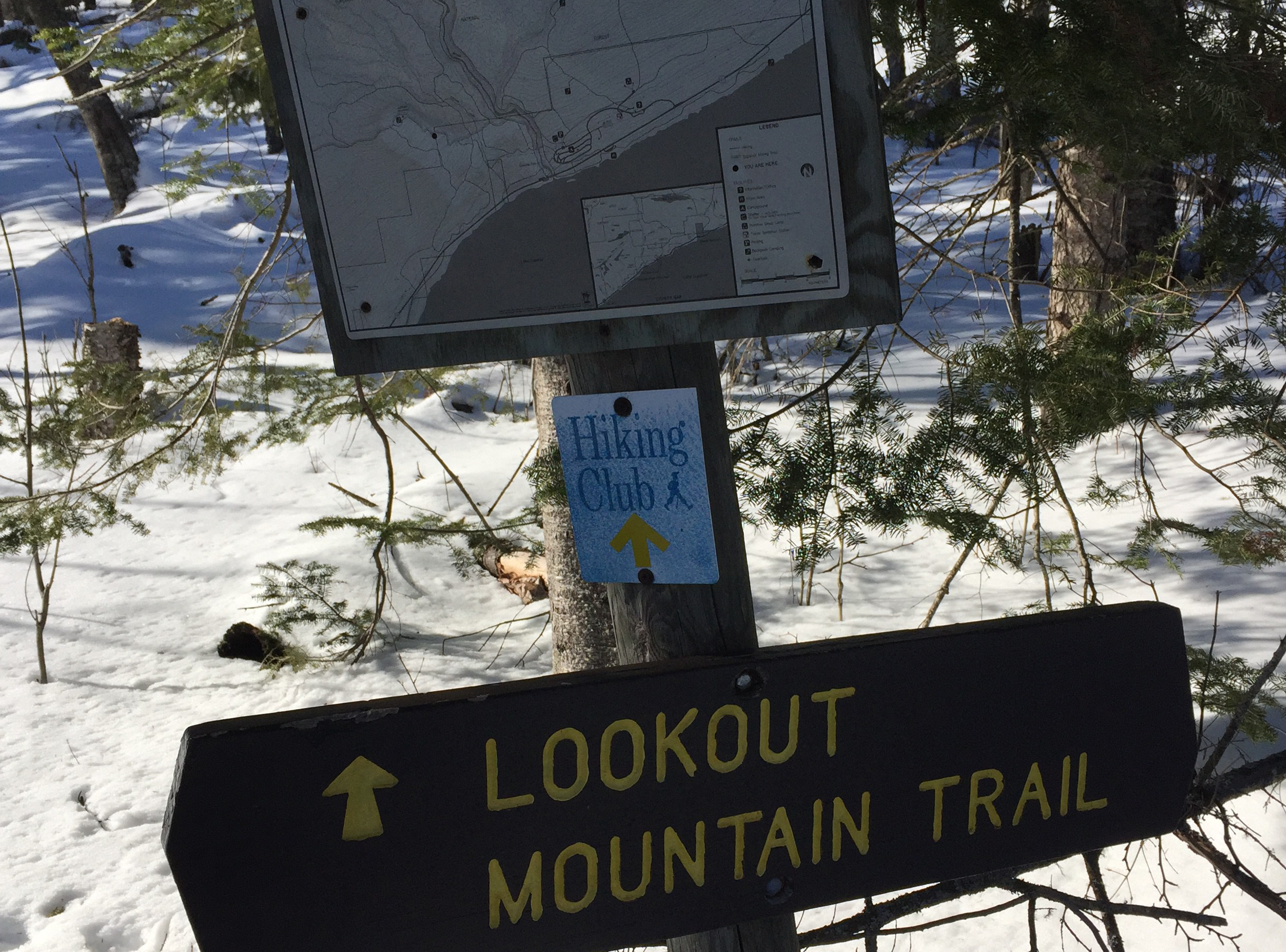 We started off with lunch in a snowbank in the parking lot.  While it was 60 degrees and soggy at home, we were happy to plop down in the snow and eat a sandwich in this Northern paradise.  We saw one lone skier, but otherwise, the park was ours! 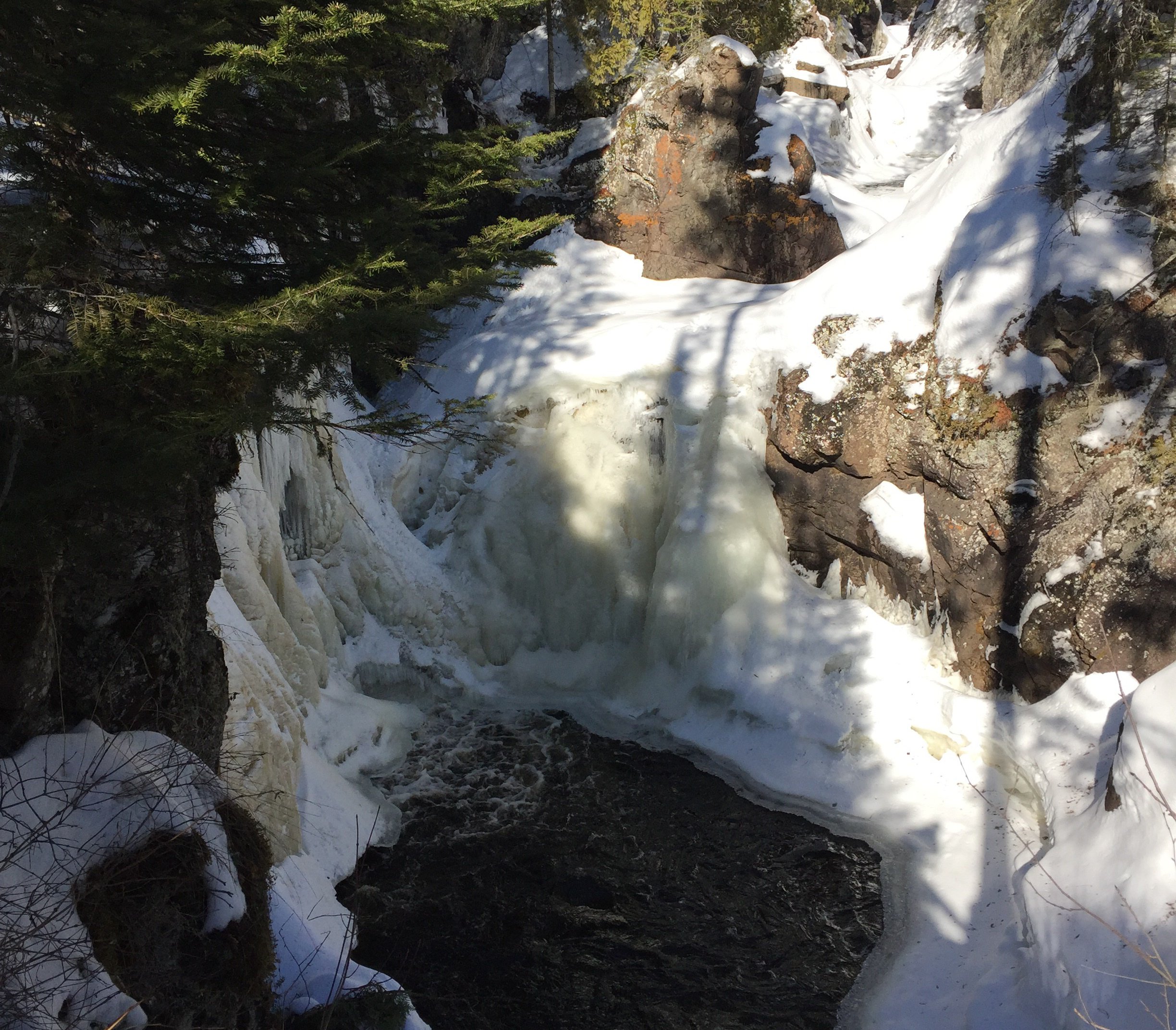 Once we got on the trail, first stop was the bridge over the Cascade River and to the falls.  This was the 3rd frozen waterfall of the day and there was a nifty sign right by the falls explaining why it looked JUST LIKE ROOT BEER!  The humic acid and organic matter from the river make it resemble the tasty brew.  No foam this time of year, but I’ll bet it’s bubbling in the Spring.

Shortly after we saw the Superior Hiking  signs, we saw a relatively bold deer in the trees right next to us.  The deer were plentiful in the park and were still fluffy and fat from the winter.

Cascade is a much larger park than Judge Magney with 18 mi of hiking trails, 17 mi of ski trails, and 40 campsites.  There are 5 backpacking sites with 3 sided shelters and BP05 is right at the top of Lookout Mountain and BP02 is atop Moose Mountain.

We chugged up the Birch forests to Lookout Mountain with a couple of false alarms.  Just when we thought we were almost there, we’d discover another layer of the mountain and keep ascending.  “Hey, look!  It’s the top….nope”  The annoyed look on my sister’s face told me to stop trying to predict where the top was…  I found out later that it’s a 600 ft climb from the base but I’m still telling her it was  1,200 since that’s whats on the topo map.  Definitely more than these two flatlanders are used to!  Once we got to the top we were giddy with glee at the spectacular view.  Ok, I was giddy anyway.   There was a happy dance, much celebration and a failed tandem sibling headstand.  Must have been altitude sickness.

Atop Lookout Mountain, there are a couple of nice benches with spectacular views of Lake Superior and Eagle Mountain in the BWCA.  Eagle Mountain is the highest point in MN at 2,301 feet and is officially now on my bucket list.  I totally want to hike it later this summer.  It’s a 7 mile loop and with a name like Eagle Mountain, I’m all over it!  We counted 4 Bald Eagles on this trip (bringing the 2017 count to 9!), fell in love with the little town of Grand Marais and are only 8.5 miles away from the 100 mile patch for the Minnesota Hiking Club.  Happy Trails! 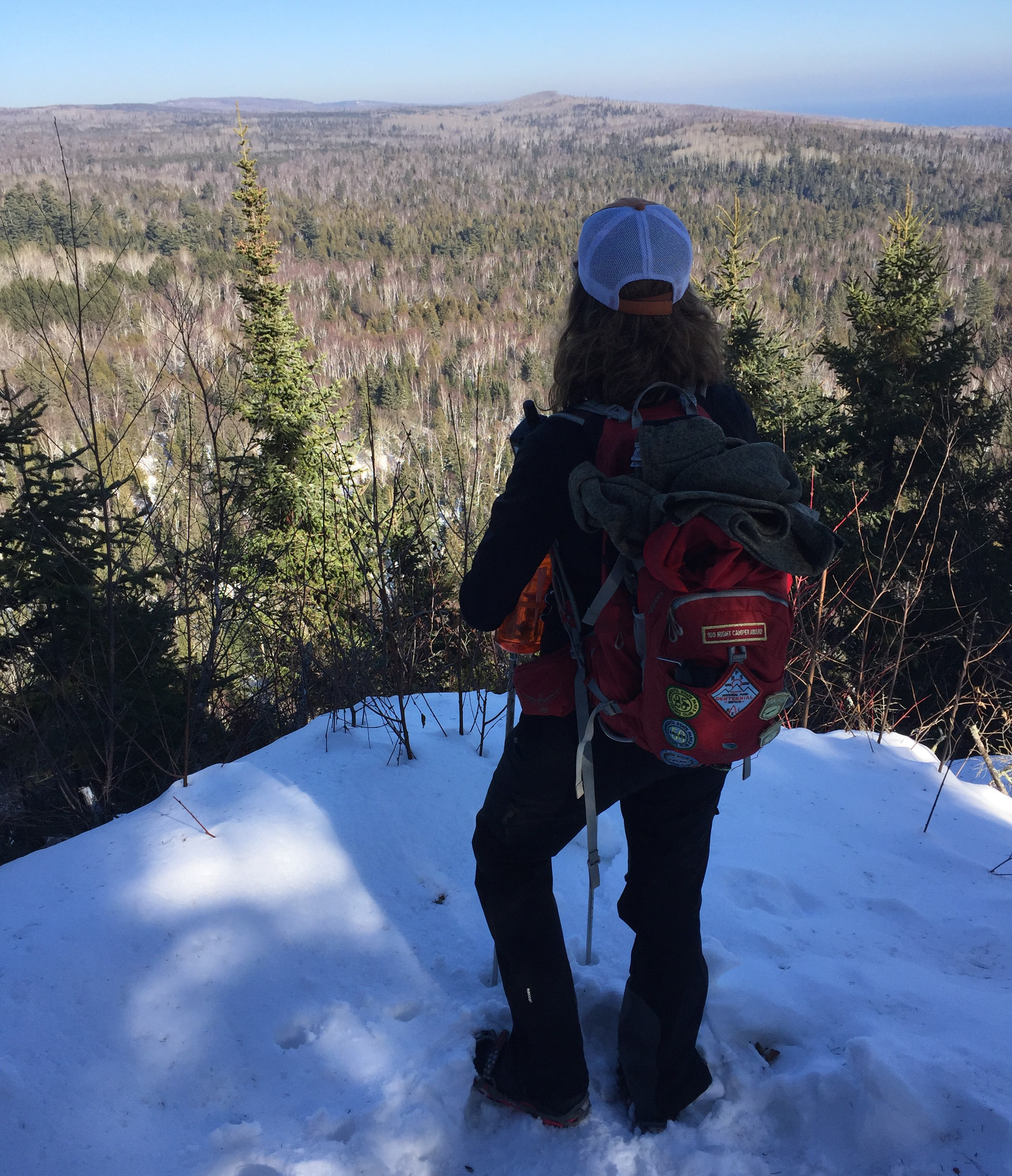